Could e-cigarettes be banned from luggage on planes? »

Could e-cigarettes be banned from luggage on planes? 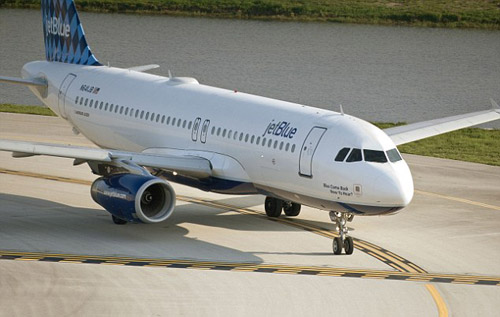 The debate over whether there should be tougher rules or an outright ban on electronic cigarettes on planes has been reignited in the US after one of the devices was blamed for a small fire.

A JetBlue plane at Logan International Airport in Boston, Massachusetts was evacuated this month after baggage handlers smelled smoke and extinguished a smouldering bag as they prepared the aircraft for take-off.

The e-cigarette was packed in a passenger’s checked luggage and burned a small hole in the bag, said Ed Freni, director of aviation with the Massachusetts Port Authority, which operates the airport.

Logan airport officials are asking US aviation authorities to consider classifying e-cigarettes as hazardous materials. Freni told the Associated Press: ‘If that aeroplane had taxied out and got airborne it might have been a very different story.’

But a US Department of Transportation spokeswoman said the agency is not currently considering further restrictions for e-cigarettes, and the Massachusetts Department of Fire Services said the cause of the fire has not been officially determined.

E-cigarettes, typically powered by rechargeable lithium-ion batteries, are designed to mimic cigarettes by turning a liquid nicotine solution into a vapour that is inhaled by the user.

Under existing rules, e-cigarettes are considered personal devices – meaning they are treated like laptop computers, mobile phones or other battery-powered devices – and can be carried onto a plane.

They cannot be activated, however, and their lithium-ion batteries must be protected from damage or accidental activation.

Lithium-ion batteries have been linked to previous crashes or fires involving planes, but there have been very few reports of fires caused by e-cigarettes.

In 2009, a shipment of e-cigarettes was blamed for a fire on a plane at Minneapolis-St Paul airport in Minnesota.

Cynthia Cabrera, executive director for the e-cigarette trade group the Smoke-Free Alternatives Trade Association, told the Associated Press she would expect the industry to take a closer look at fire safety if the investigation determines an e-cigarette was the cause of this month’s fire in Boston.

By Chris Kitching for MailOnline

This entry was posted in tobacco regulation and tagged smoking restrictions. Bookmark the permalink.