Imperial Tobacco Group in Talks With U.K. for E-Cigarette License »

Imperial Tobacco Group in Talks With U.K. for E-Cigarette License 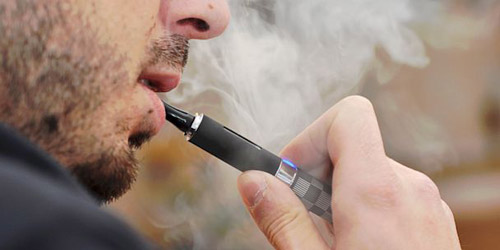 LONDON—A subsidiary of Imperial Tobacco Group IMT.LN -0.69% PLC is in advanced discussions with the U.K.’s health-care authority over a license for an electronic cigarette, marking the latest attempt by Big Tobacco to secure government backing for its products.

Fontem Ventures, set up by Imperial last year to develop nontobacco products, is negotiating terms of a medicinal license with the U.K.’s Medicines and Healthcare Products Regulatory Agency, or MHRA, according to company executives.

If granted, the license would be the first of its kind for an e-cigarette anywhere in the world, according to industry analysts. It would mean the product could be sold as a safer alternative to cigarettes in the same way as nicotine gum or patches, and could also be prescribed by doctors.

E-cigarettes are battery-powered devices that heat nicotine-laced liquid into vapor. Although they are believed to be less harmful than regular tobacco products, many scientists warn that enough isn’t yet known about their health impact to make a categorical judgment on their safety.

Marc Michelson, Fontem Ventures’ director of public affairs, said the talks with the MHRA were “well advanced,” but he wouldn’t say how long the company expected them to last.

A spokesman for the MHRA declined to comment on current license negotiations. The U.K. agency has said it would consider granting licenses to e-cigarettes, but it hasn’t yet acknowledged talking to manufacturers.

“There is definitely a place for licensed vapor products,” Mr. Michelson said.

If a license is granted, it is likely to cause an uproar. Antismoking groups say e-cigarettes are attractive to children and can cause users to become addicted to nicotine.

The World Health Organization in August called for tougher restrictions on the products, including curbs on advertising, indoor use and such flavors as fruit and candy. The United Nations agency also raised concerns about the growing influence of major tobacco companies on the e-cigarette industry, which was initially dominated by companies that didn’t sell regular cigarettes or other tobacco products.

The uncertainty over the safety of e-cigarettes has meant regulation, so far, has been patchy. But as more people have started to use e-cigarettes, regulators have increased their efforts to monitor use of the devices.

The U.S. Food and Drug Administration proposed in April that e-cigarettes be banned to those under 18 years of age and include health warning labels, but final rules are still months or even years away.

The WHO Framework Convention on Tobacco Control meets in Moscow next week for a conference that takes place every two years. Lawmakers say e-cigarette regulation will be at the top of the agenda.

This entry was posted in cigarettes information and tagged e-cigarette industry. Bookmark the permalink.