A member of the family of phenylethylamines, methamphetamine is chiral, with two isomers:

Methamphetamine enters the brain and triggers a cascading release of dopamine, serotonin and norepinephrine. It is highly active in the mesolimbic reward pathways of the brain, inducing intense euphoria, with risk for addiction. To a lesser extent, methamphetamine acts as a dopaminergic and adrenergic reuptake inhibitor with high concentrations serving as a monoamine oxidase inhibitor. Users may become hypersexual or obsessed with a task, thought or activity. Withdrawal is characterized by excessive sleeping, eating, and major depression, often accompanied by anxiety and drug-craving. Methamphetamine users may take sedatives such as benzodiazepines as a means of easing their “come down”, anxiety or enable them to sleep.

Methamphetamine has medical uses as well as the potential to cause addiction. Methamphetamine addiction typically occurs when a person begins to use the drug as a stimulant, for its powerful enhancing effects on sex, mood and energy, alertness and ability to concentrate, and weight loss and appetite suppression, among its other psychological and physical effects.Over time tolerance develops, and users have greater difficulty functioning and experiencing pleasure than they did before, which persists indefinitely due to neurotoxicity produced by methamphetamine in long-term recovered addicts. 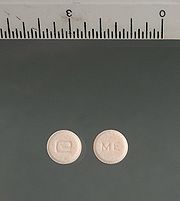 Short-term effects Immediately after smoking or injection, the user experiences an intense sensation, called a “rush” or “flash,” that lasts only a few minutes and is described as extremely pleasurable. Snorting or swallowing meth produces euphoria – a high, but not a rush. After the initial “rush,” there is typically a state of high agitation that in some individuals can lead to violent behavior. Other possible immediate effects include increased wakefulness and insomnia, decreased appetite, irritability/aggression, anxiety, nervousness, convulsions and heart attack.

Long-term effects Methamphetamine is addictive, and users can develop a tolerance quickly, needing larger amounts to get high. In some cases, users forego food and sleep and take more meth every few hours for days, ‘binging’ until they run out of the drug or become too disorganized to continue. Chronic use can cause paranoia, hallucinations, repetitive behavior (such as compulsively cleaning, grooming or disassembling and assembling objects), and delusions of parasites or insects crawling under the skin. Users can obsessively scratch their skin to get rid of these imagined insects. Long-term use, high dosages, or both can bring on full-blown toxic psychosis (often exhibited as violent, aggressive behavior). This violent, aggressive behavior is usually coupled with extreme paranoia. Methamphetamine use can also cause strokes and death.