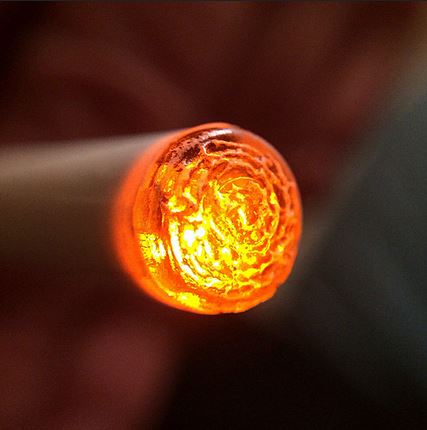 According to the Chicago Sun Times, the Chicago Park District has approved a resolution banning the use of cigarettes, e-cigarettes, and vaporizers at city parks, beaches, and other facilities. Among the 580 parks managed by the Chicago Park District are Grant Park, home of Lollapalooza; Union Park, where Pitchfork Music Festival and North Coast Music Festival both take place; and Humboldt Park, the site of this weekend’s Riot Fest.The ban is effective immediatly, according to DNA Info, meaning Riot Fest will technically be smoke-free. However, in an interview with the Sun Times, Park District Superintendent Mike Kelly said “People at Riot Fest this weekend, they don’t need to worry about … a man tapping on their shoulder and saying, ‘You’re under arrest.’ That’s not the point of this.”Rather, Kelly explained, “It’s about awareness. It’s about people taking the dangers of smoking seriously and making their own choices.” He added, “I don’t see in the foreseeable future, police with a ticketbook at Lollapalooza walking around, writing tickets. That’s not what this is about.”