Research Needs And Approaches for e-cigarette »

Research Needs And Approaches for e-cigarette 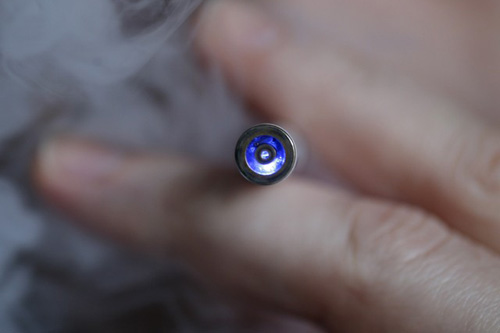 To fill in some of the data gaps, FDA is funding a few dozen research projects, administered through the National Institutes of Health. The work includes characterizing e-cigarette devices, e-juices, and e-cigarette aerosols, as well as evaluating who is using e-cigarettes, why and how they are using them, and the potential health risks.

“E-cigarettes are evolving so quickly that we actually don’t know what people are smoking,” says Mirjana Djordjevic, program director for NIH’s Tobacco Control Research Branch, which is administering the grants. “We also don’t know how people are using them,” she notes. Such information is needed before “we can even think about potential health effects,” she says.

A few studies showing toxic carbonyl compounds such as formaldehyde and acrolein in e-cigarette aerosols have attracted widespread media attention. Such compounds are formed when propylene glycol and glycerin, components of e-juice, are heated in an e-cigarette. But for studies to be meaningful, they have to test devices the way people really use them, says Risa Robinson, a mechanical engineering professor at Rochester Institute of Technology, and that aspect of the tests has been questioned.

Studies that have reported high levels of carbonyls and other carcinogens in e-cigarette aerosols have been widely criticized by the vaping industry for using unrealistic conditions, including higher voltages than are typically used in real-world e-cigarette devices­—the higher the voltage, the higher the concentration of toxic chemicals in the aerosol. Tanks and mods do have increasingly powerful batteries, but the user can control the voltage on those devices.

Many other variables affect the emissions from e-cigarettes, including when the user pushes the fire button, how long the coil heats up, and the type of puff the user takes, Robinson says.

To get a better handle on how people actually use e-cigarettes, Robinson and colleagues are sending users home with personal monitoring devices that track every puff they take, as well as the flow rate and intensity of each puff. The team is hoping to use the data to program their smoking machines to better mimic vaping behavior.

The huge variety of different types of e-cigarette devices, however, is making it difficult for researchers such as Robinson to assess the health risks of e-cigarettes. “We are looking at every device that we can get our hands on,” Robinson says. But, she adds, “they are being put on the market faster than we can test them.”

The lack of standard methods for measuring e-cigarette emissions also makes it difficult to compare one study with another and to compare e-cigarette emissions with cigarette smoke. “We need to establish standardized conditions under which the devices and their emissions could be compared to cigarettes,” says Stephen S. Hecht, a professor at the University of Minnesota College of Pharmacy and editor-in-chief of the journal Chemical Research in Toxicology.

Hecht and colleagues are evaluating the potential health effects of e-cigarettes by looking for biomarkers of exposure to tobacco-related cancer-causing compounds in the urine of e-cigarette users. As a first step, the researchers analyzed metabolites of six such carcinogens—nitrosamine ketone, polycyclic aromatic hydrocarbons, benzene, acrolein, crotonaldehyde, and propylene oxide—in e-cigarette users and compared them with levels of the same metabolites in cigarette smokers.

Levels of all of the metabolites are significantly lower in the e-cigarette users than in the smokers, Hecht says. The results suggest that “e-cigarettes have a more favorable toxicity profile than tobacco cigarettes,” at least as indicated by those compounds, he notes.

This entry was posted in smoking prevention and tagged e-cigarette industry. Bookmark the permalink.