Stimulants, also sometimes called psychostimulants, are psychoactive drugs which induce temporary improvements in either mental or physical function or both. Examples of these kinds of effects may include enhanced alertness, wakefulness, and locomotion, among others.

Due to their effects typically having an “up” quality to them, stimulants are also occasionally referred to as “uppers“. Depressants or “downers“, which decrease mental and/or physical function, are in stark contrast to stimulants and are considered to be their functional opposites. Stimulants are widely used throughout the world as prescription medicines and as illicit substances of recreational abuse. 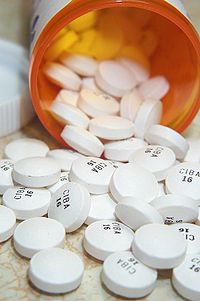