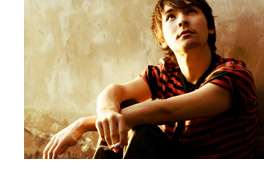 Tobacco use primarily begins in early adolescence, typically by age 16.

At least 3 million adolescents are smokers.

Almost all first use occurs before high school graduation.

Roughly 6 million teens in the US today smoke despite the knowledge that it is addictive and leads to disease.

Of the 3,000 teens who started smoking today, nearly 1,000 will eventually die as a result from smoking.

Adolescent girls who smoke and take oral birth control pills greatly increase their chances of having blood clots and strokes. According to the Surgeon’s General, Teenagers who smoke were:

Although only 5 percent of high school smokers said that they would definitely be smoking five years later, close to 75 percent were still smoking 7 to 9 years later.

Kids who smoke experience changes in the lungs and reduced lung growth, and they risk not achieving normal lung function as an adult.

A person who starts smoking at age 13 will have a more difficult time quitting, has more health-related problems and probably will die earlier than a person who begins to smoke at age 21.

If your child’s best friends smoke, then your youngster is 13 times more likely to smoke than if his or her friends did not smoke.

Adolescents who have two parents who smoke are more than twice as likely as youth without smoking parents to become smokers.

More than 90 percent of adult smokers started when they were teens.